This site uses cookies to create a better experience for you. Some of these cookies are set automatically because they’re necessary for the site to perform. Other cookies are used for functional, performance, and targeting purposes to enhance your experience by personalizing content and ads, enabling third party content and features, and enabling us to analyze how this site is used.  To learn more, please visit our Legal Notices - Cookie page.

By clicking 'I Accept', you are agreeing to our use of functional, performance and targeting cookies.

Solar’s long-term team members are the keys to our success. Recently, our longest serving employee, Harry, retired after 50 years with the company.

When Harry met Solar, it was 1968. At the time, a gallon of gas was approximately 34 cents in the U.S. and Solar was celebrating its 40th anniversary. Harry was a quality test technician for most of his career. He played a key role in many projects and made many dear friends.

The Solar team congratulates Harry and thanks him for his 50 years of service!

The Solar Cane tradition - Harry passing the cane to Gary.

Harry and the proud Solar team.

Harry and his customized turbine clock, a gift from the Solar team.

Harry and his wife, Linda. He presented flowers to her during his retirement ceremony. 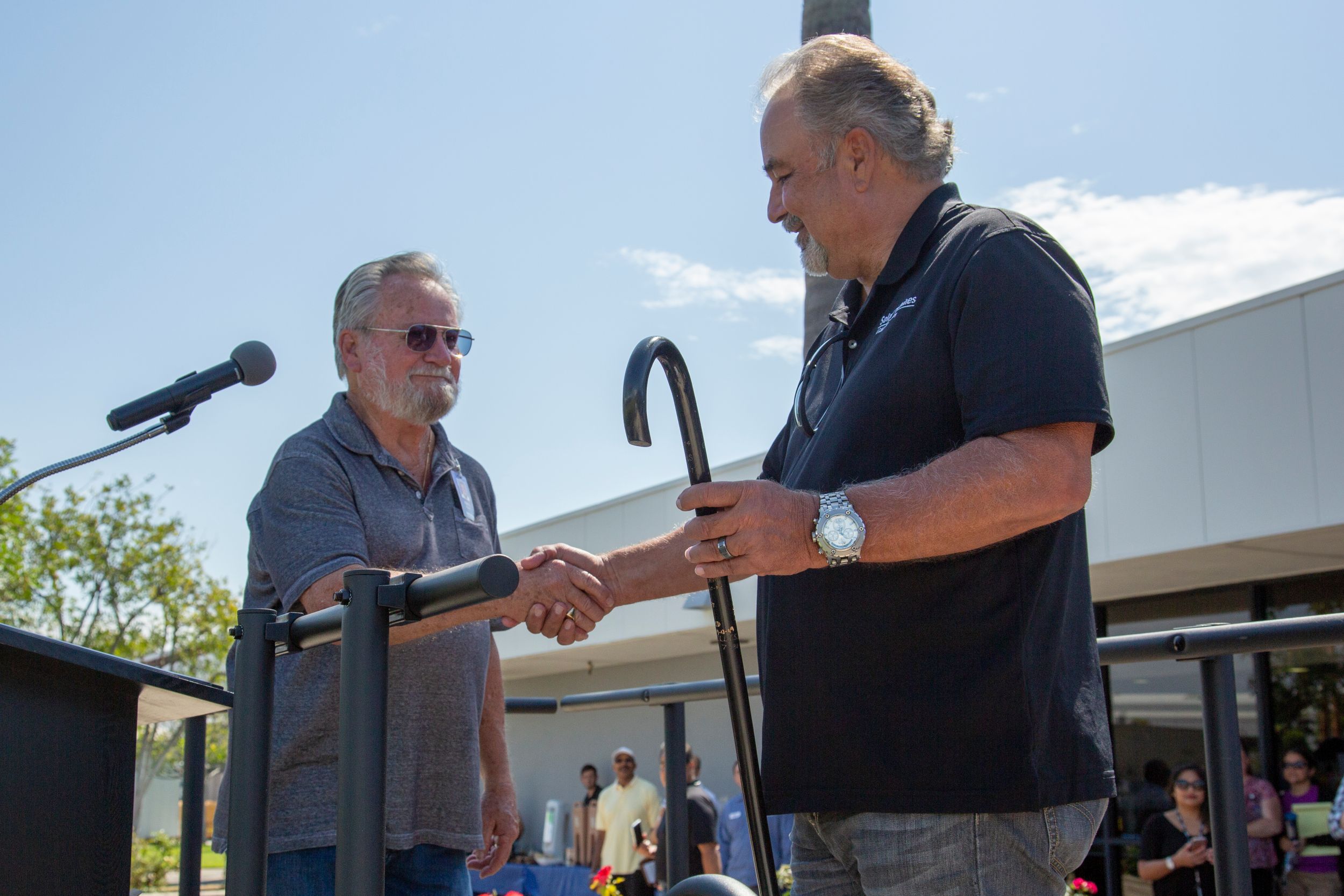 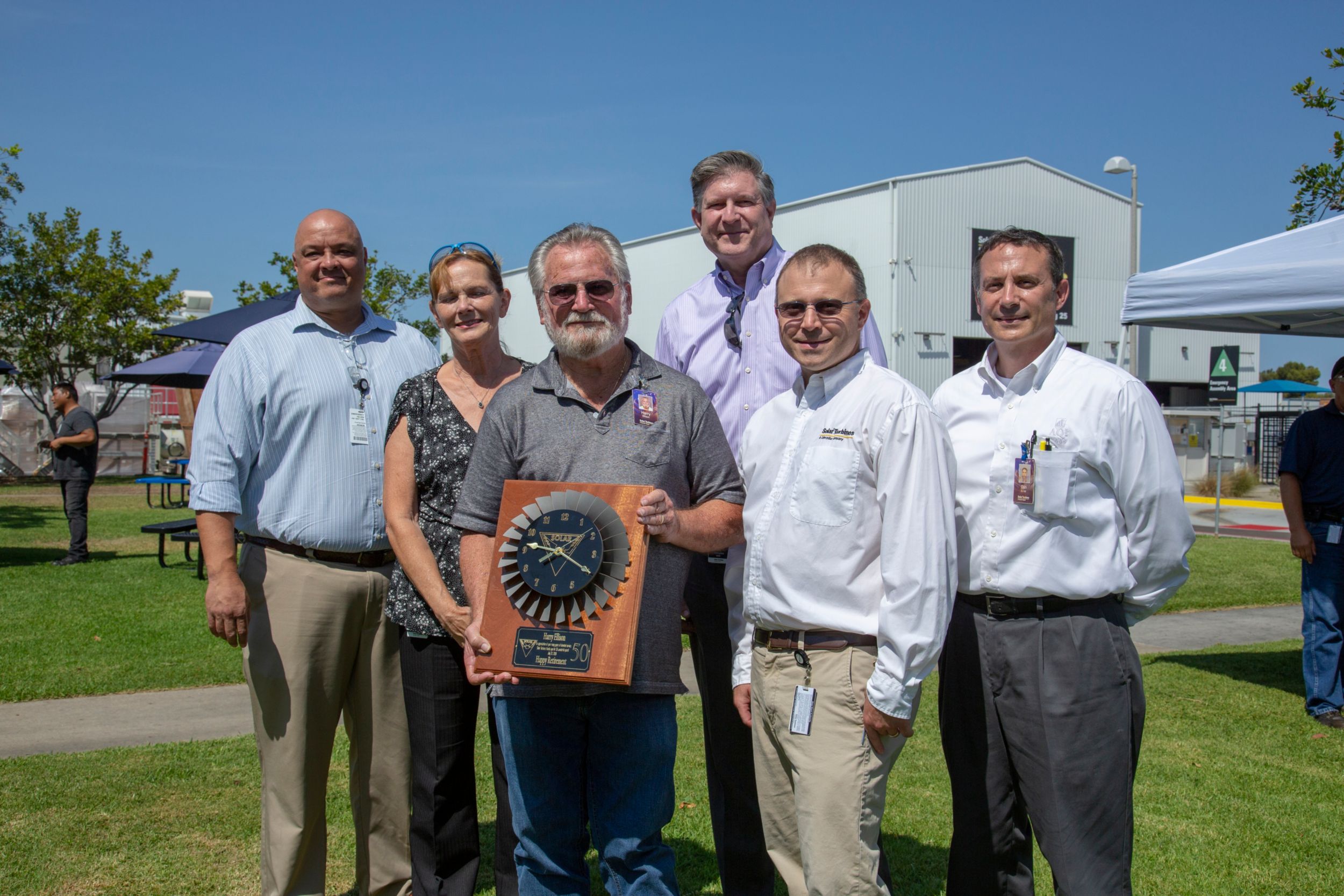 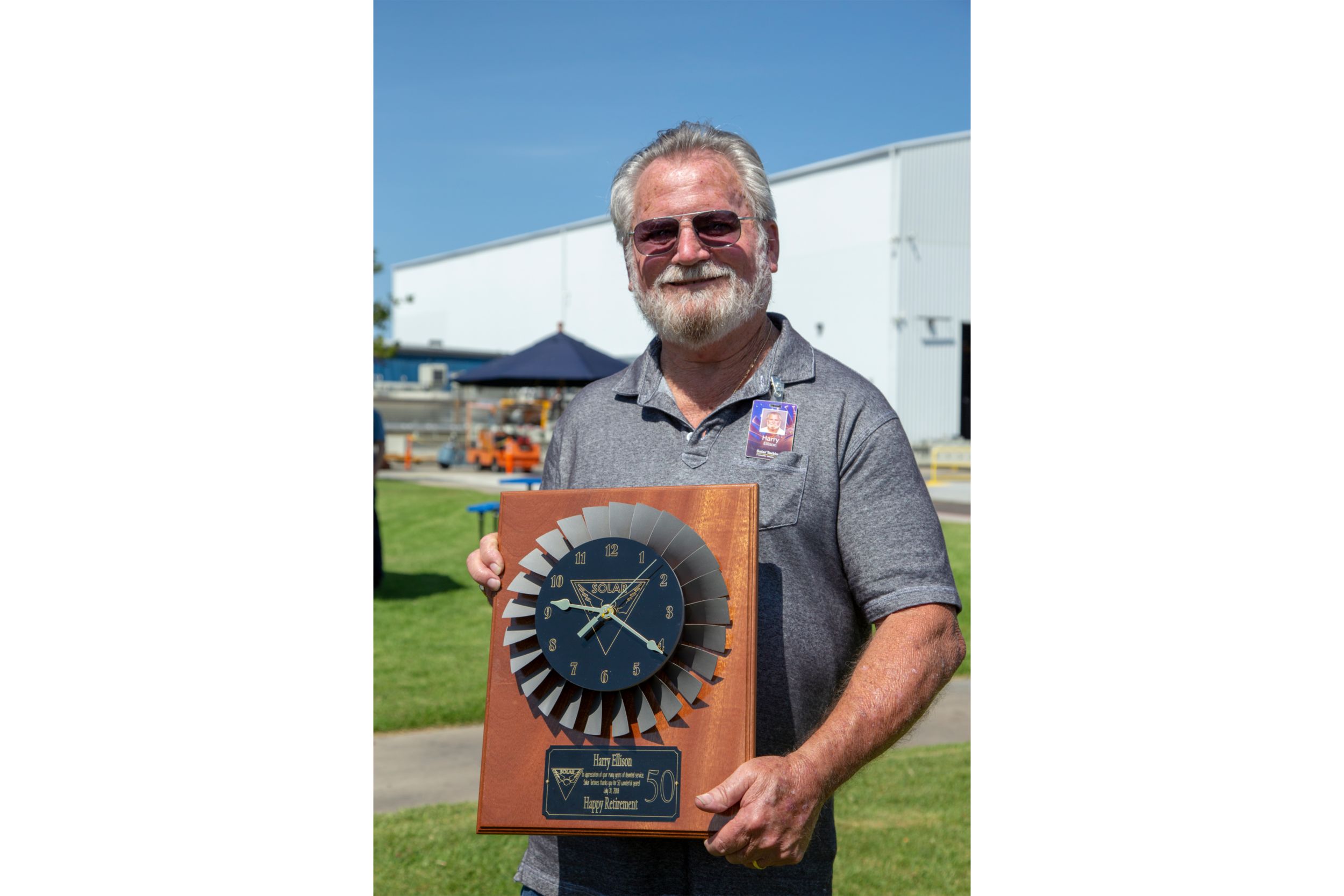 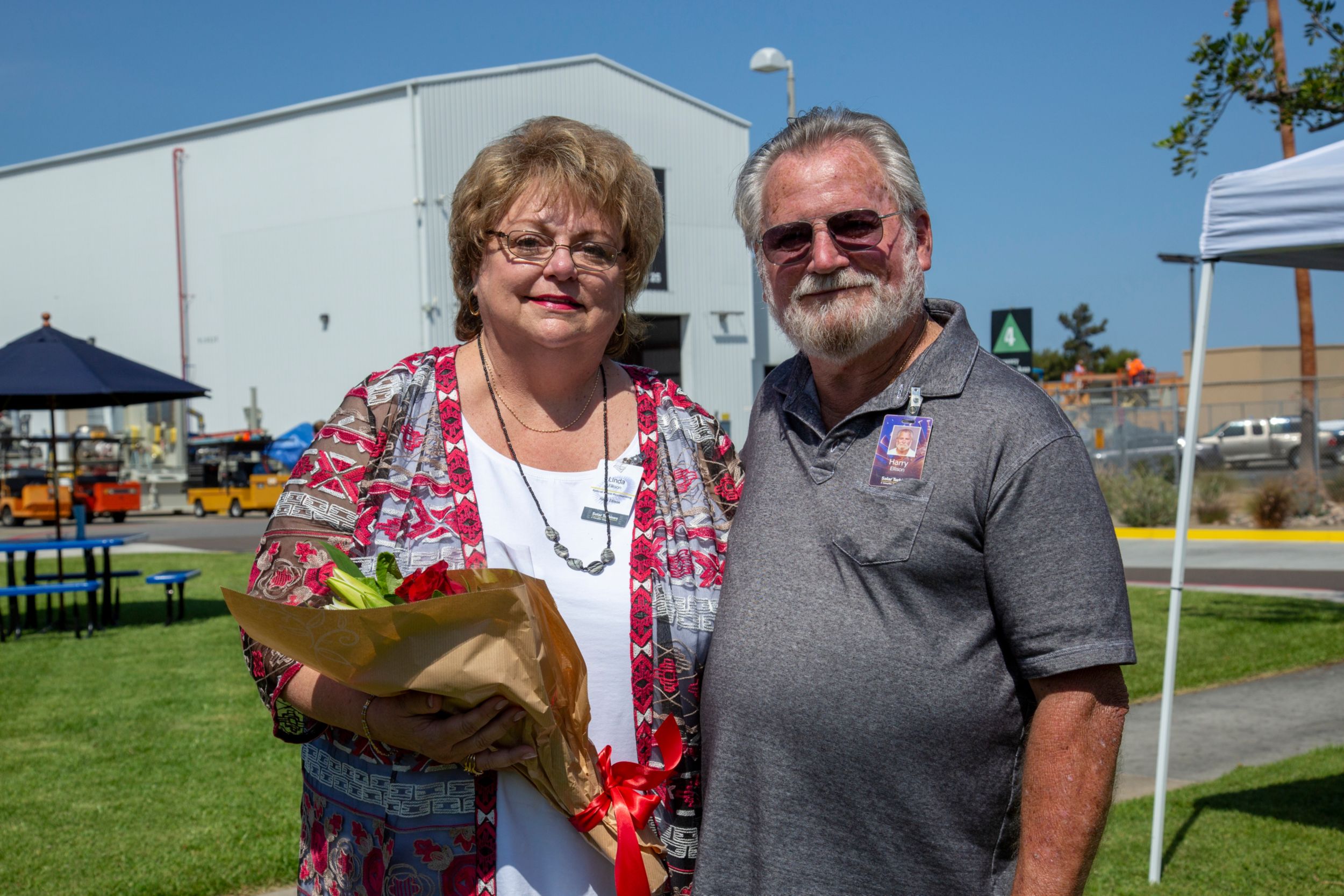 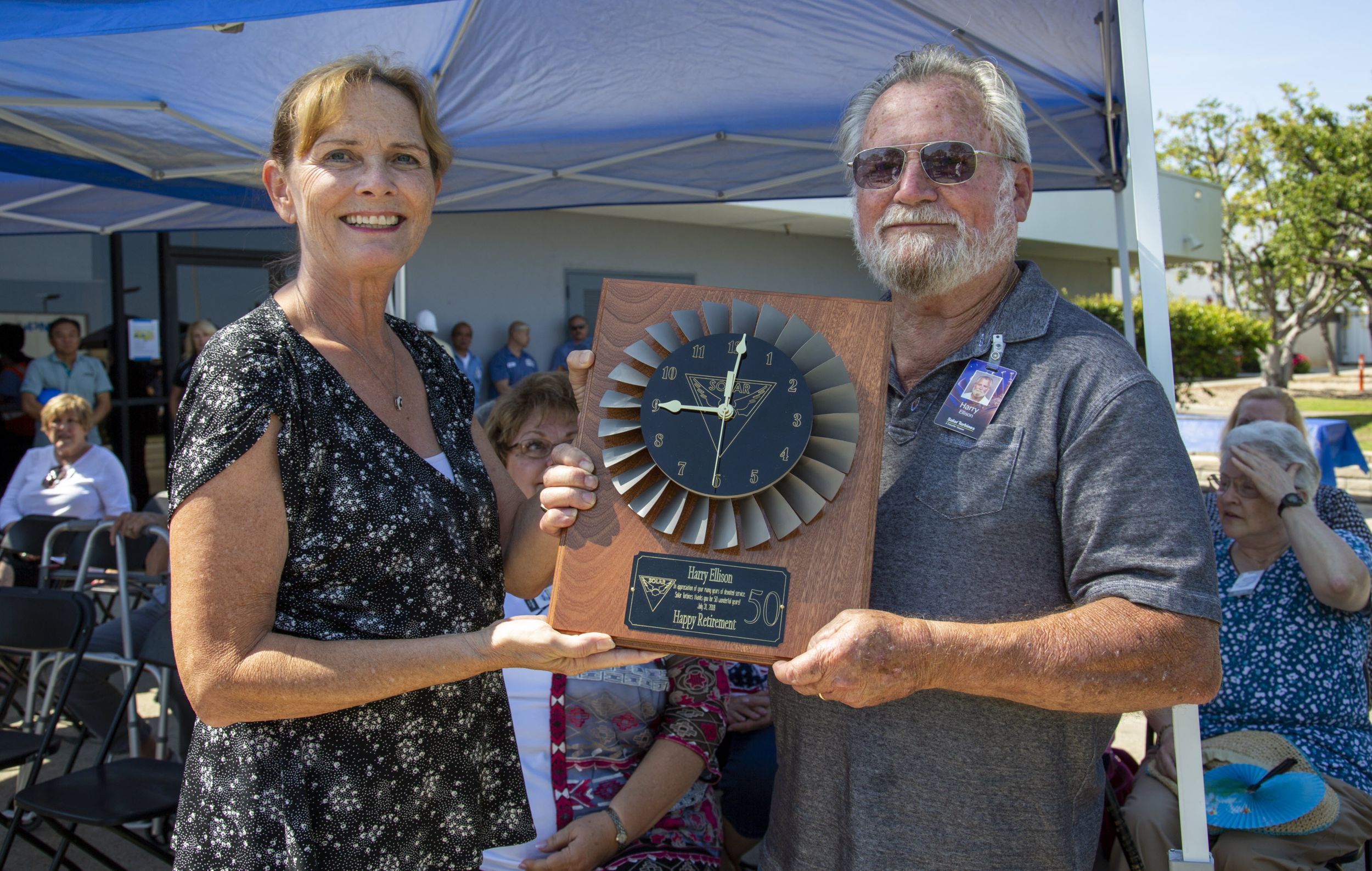